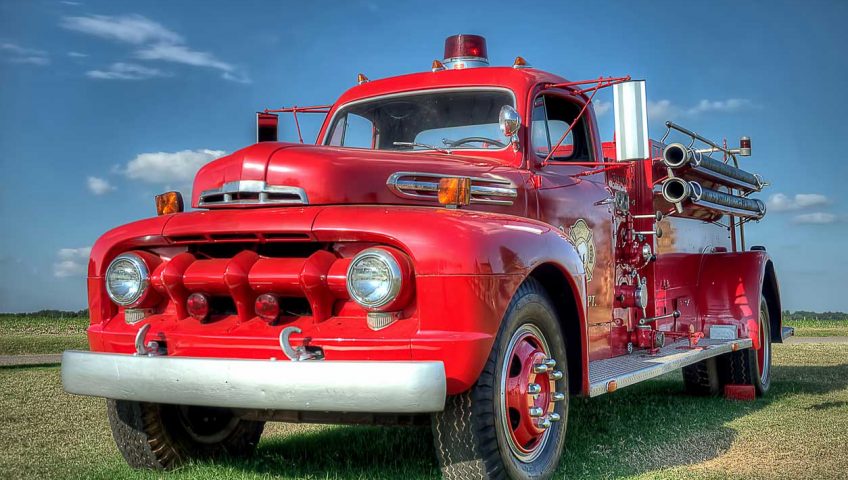 History of Fire Protection in America

Today’s Americans may take fire protection a bit for granted. We are accustomed to having quick access to sprinklers inside commercial buildings and brightly-lit “Exit” signs pointing the way towards safety. Fire drills are a fairly regular occurrence in offices and schools, and we mostly feel confident that we know what to do in the event of a fire. However, this wasn’t always the case. Over the past 120 years, fire protection technology has come a long way towards helping protect both individuals and their property in the world’s greatest nation.

In a world where many of the buildings were made of wood and the concept of fire-safe building materials was far in the future, a fire was one of the most dangerous situations that people could encounter. Strong winds in Chicago spread the Great Chicago Fire across 2,000 acres — killing more than 300 people and damaging thousands of buildings. Colonial fire protection in the 1600s consisted mostly of brigades of individuals with chains, hooks, ropes and ladders who would attempt to slow down the ravages of fire through the light and flimsy building materials that were used in that era.

Sprinkler technology for large industrial complexes could be traced back as far as the early 1800s, but it wasn’t in widespread use until the late 1870s when a patent was obtained by Henry S. Parmelee for a new sprinkler head. This helped bring structure to the series of pipes that were used to transport water to spot fires within a building. The system used fuses and cords to determine fire activity, with the melting fuse opening the valve to release streams of water to the affected area.

While sprinklers were being installed, they quickly became a plumbing nightmare that caused many problems for buildings. During the early 1900s, there were starting to be codes associated with electrical fittings for sprinklers and other fire protection devices. By this time, there were more than 20 different associations around the country attempting to address the problem of fires and the costs associated with them. This eventually led to the creation of the NFPA, or the National Fire Protection Association.

From Volunteers to Paid Fire Fighters

While early fire brigades were made up of volunteers, the early 1900s showed the beginning of paid fire protection squads that were eventually known as firefighters. These individuals initially used horse-drawn pumping stations but soon graduated to fire trucks that included the latest technological advances for fire protection. Even so, major losses due to fires are not uncommon, and millions of dollars of damage occur on an annual basis.